The instrumental faculty are acclaimed musicians from across the United States and from Virginia Tech. 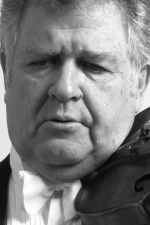 SHMUEL ASHKENASI, violin
Shmuel Ashkenasi, first violinist on the Vermeer Quartet and professor of violin at Northern Illinois University holds an artist diploma from the Curtis Institute of Music. He performs extensively as a soloist in the United States, Europe, South America, the former Soviet Union, and Japan. His personal recording credits include the Paganini Violin Concerti with the Vienna Philharmonic, recorded for Deutsche Grammophon; the Mozart Violin Concerto No. 5, KV 219; and the Beethoven Romances with the Zurich Chamber Orchestra, recorded for Tudor Records. In 1962, he was awarded second prize at the Tchaikovsky Competition in Moscow, causing an international sensation as well as a musical triumph since his country, Israel, had no diplomatic relations with the Soviet Union at the time. He then went on to win the Merriweather Post Contest in Washington, D.C. He began musical training in Tel Aviv, and later studied with Efrem Zimbalist at the Curtis Institute. In 1969, Ashkenasi founded the Vermeer Quartet, a preeminent string quartet. 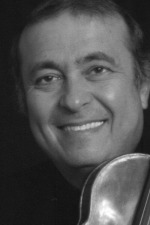 DAVID EHRLICH, violin
Violinist David Ehrlich began his professional career as concertmaster and soloist with the Tel Aviv Chamber Orchestra and toured as guest soloist with other Israeli chamber orchestras. He served as concertmaster and soloist of the Colorado Festival Orchestra, Filarmonica de Caracas, Chicago Philharmonic Orchestra, and was associate concertmaster with the Indianapolis Symphony Orchestra. In 1984 he joined the Audubon String Quartet at Virginia Tech as first violinist. With the quartet, Ehrlich toured all over the world, performing on some of the most prestigious stages and appearing on radio and television. He has conducted masterclasses and lectures at New England Conservatory, USC, Oberlin, Cleveland Institute of Music, Chautauqua-NY, Tel Aviv University, Arizona State University, Ireland, Venezuela, Czech Republic, and many others. He has recorded on RCA, Telarc, and Centaur labels. Since 2004, Ehrlich has served as the Outreach Fellow of Fine Arts at Virginia Tech, where he is involved in developing music programs in underserved communities of southern and southwest Virginia. Together with his wife, Teresa, he founded the Renaissance Music Academy and he is also the artistic director of Musica Viva, a chamber music concert series based in Blacksburg. Ehrlich performs on a violin made by Carlo Bergonzi (1735), through the generosity of the Virginia Tech Foundation. 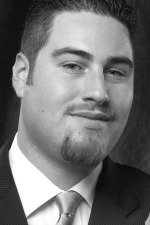 MICHAEL KLOTZ, viola
A native of Rochester, New York, Michael Klotz is the violist of the Amernet String Quartet, whose members are artists-in-residence of Florida International University School of Music in Miami. Klotz made his debut as soloist with the Rochester Philharmonic at age 17. Since then he has performed as soloist, recitalist, and chamber musician on four continents. Klotz is a graduate of the Eastman School of Music, where he was awarded a performer's certificate. In 2002, he became one of few individuals to receive a double master's degree in violin and viola from the Juilliard School. 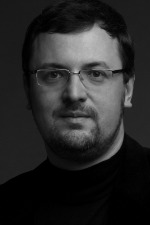 DMITRY KOUZOV, cello
A versatile performer, cellist Dmitry Kouzov has performed on five continents with orchestras and in solo and duo recitals and chamber music performances. He has appeared with the St. Petersburg Symphony (Russia), National Symphony of Ukraine, South Bohemian Chamber Philharmonic (Czech Republic), and Symphony Orchestra Classica (Russia). Kouzov received first prize at the International Beethoven Competition in the Czech Republic and is a two-time laureate of the International Festival-Competition Virtuosi of the Year 2000 in Russia and winner of the New York Cello Society Rising Star Award. His credits include numerous performances at many prominent concert venues throughout his native Russia. He made his New York orchestral debut at Alice Tully Hall in 2005, under the baton of Maestro Raymond Leppard. Highlights of Kouzov’s recent seasons include a debut with the Symphony Orchestra of St. Petersburg Philharmonic, the St. Petersburg State Symphony Orchestra, Johannesburg Philharmonic, as well as solo appearances, duo recitals, and chamber music appearances at the Ravinia and Caramoor Festivals Rising Stars Series. Most recently, he made his recording debut on Naxos with three C.P.E. Bach Gamba Sonatas and a recital CD Two Hundred Years of Cello Masterpieces on Marquis Classics. Kouzov has appeared in command performances before Mikhail Gorbachev and Prince Andrew, Duke of York and is a founding and active member of the Manhattan Piano Trio, performing extensively throughout United States. Currently Kouzov is an assistant professor of cello at the University of Illinois and was previously a faculty member at the Juilliard School and Oberlin Conservatory. He holds bachelor and master of music degrees from the Sibelius Academy, Helsinki, and an artist diploma from Juilliard. 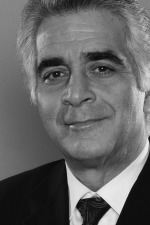 RAMI SOLOMONOW, viola
Rami Solomonow is a graduate of the Rubin Academy of Music in Tel-Aviv, Israel, where he studied with Oedoen Partos. He was a member of the Israel Chamber Orchestra until 1972 and received prizes in viola and chamber music from the American-Israel Foundation. Solomonow has served as Principal Violist of the Lyric Opera of Chicago and founding member of the Chicago String Quartet, which was the quartet in residence at DePaul University and Taos School of Music. He has been a faculty member at DePaul University since 1981 and has performed as a soloist and chamber musician in numerous concerts, music festivals, and summer music schools in the United States, Israel, Japan, and South America. Solomonow is a member of the Chicago Chamber Musicians and has been a guest violist with the Vermeer, Fine Arts, Audubon, and Cassatt String Quartets. He has performed on television and radio broadcasts and has recorded with the Vermeer Quartet, Chicago String Quartet, and Chicago Chamber Musicians, as well as a solo violist with the DePaul Wind Ensemble. During the summers, Solomonow serves on the faculty at Bowdoin College in Maine. Recently, his recording of Mozart chamber works for strings and winds with the Chicago Chamber Musicians was nominated for a Grammy. 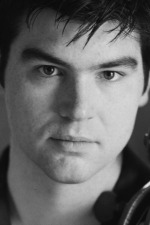 BENJAMIN WYATT, cello
Cellist Benjamin Wyatt enjoyed an active career as a freelance musician in Los Angeles and New York, and has performed extensively abroad as well as at home, including performances in Italy, Germany, Austria, the Czech Republic, Bulgaria, Japan, Canada, and Mexico. In addition to solo, chamber, and orchestral work, he has worked in popular and commercial idioms, including film and television sound tracks and Broadway musicals. He has been a guest artist the past three summers at the Aspen Music Festival. Other festival performances have included those at Spoleto, Corona Del Mar, and Sarasota. His chamber music performances have been broadcast live in New York and Los Angeles, and he has been hailed as "virtuosic" by the Los Angeles Times. Wyatt completed his graduate education at the University of Southern California Thornton School of Music and his undergraduate studies at the Cleveland Institute of Music. Wyatt is also active as a Baroque cellist, performing with numerous period instrument ensembles as both soloist and continuo cellist. As a Baroque cellist, he has played with such ensembles as Musica Angelica, the American Classical Orchestra, Angeles Consort, Con Gioia, and Los Angeles Baroque Orchestra. He joined the Renaissance Music Academy in 2007, where he teaches cello, Suzuki cello group classes, and chamber music. He is a member of the Avanti Ensemble and is also a faculty member with Virginia Tech's Outreach and International Affairs. 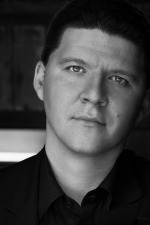 Considered one of today’s most exceptional young clarinet players, Alexander Fiterstein has performed in recital and with prestigious orchestras and chamber music ensembles throughout the world. As a soloist, he has appeared with the Orchestra of St. Luke’s at Lincoln Center, Simon Bolivar Youth Orchestra of Venezuela, Vienna Chamber Orchestra, Polish Chamber Philharmonic, Danish National Radio Symphony Orchestra, Israel Chamber Orchestra, Jerusalem Symphony, Tokyo Philharmonic, and the China National Symphony Orchestra. He has performed in recital on the Music at the Supreme Court series, at the National Gallery of Art, the Kennedy Center, the 92nd Street Y, Carnegie’s Weill Hall, the Isabella Stewart Gardner Museum in Boston, the Louvre in Paris, Suntory Hall in Tokyo, and the Tel Aviv Museum. Fiterstein was born in Belarus and at the age of two, immigrated with his family to Israel where he later studied at the Israel Arts and Science Academy. He graduated from the Interlochen Arts Academy and the Juilliard School. Fiterstein has been on the faculty of the University of North Carolina School of Arts and Kean University, New Jersey, before recently joining the faculty of the University of Minnesota.