Inspired to sing, too? Join neighbors and friends when the Center for the Arts, in partnership with Virginia Tech’s School of Performing Arts and Cinema, hosts guest artist Elise Witt at this year’s festival. Under the leadership of project curator Ann Kilkelly, Witt’s community-based events, are part of an on-going series of workshops and residency activities the center is sponsoring with Witt in the region.
Friday, June 7
What: Elise Witt and Friends, Community Performance/Workshop
When: 7 PM
Where: Blacksburg Public Library
Cost: Free and open to the public
Saturday, June 8
What: An Impromptu Glorious Chorus/ Singing Workshop
When: 10 AM-1 PM
Where: Theatre 101 in Downtown Blacksburg and the Blacksburg Farmers Market
Cost: Free and open to the public
Sunday, June 9
What: Elise Witt and Friends Concert
When: 5:30 PM
Where: The Country Store in Floyd
Cost: Free and open to the public
Monday, June 10
What: Vocal Improvisation Workshop
When: 7 PM
Where: Theatre 101, Rehearsal room 201 upstairs
Cost: Free, please email Sara Bailey at bailey89@vt.edu to reserve your spot in the class 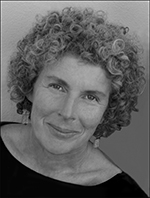 ELISE WITT
Singer-guitarist Elise Witt has been working as a singer, composer, recording artist, educator, and community activist around the United States and the globe since 1977. She has crisscrossed the United States with her Global, Local & Homemade Songs™, from Carnegie Hall and the Lincoln Center, to national festivals, local coffeehouses, the Open Door Community, and the Martin Luther King Jr. Center for Non-Violent Social Change. She has nine recordings on the EMWorld Records label. Her original songs have been used in several documentary films, and many are available as choral arrangements by Michael Holmes. For 20 years Witt sang with the Atlanta Symphony Orchestra Chorus and Chamber Chorus under the direction of choral master Robert Shaw, and with the Robert Shaw Singers. Witt has studied extensively with masters of improvisation Rhiannon and Bobby McFerrin, Pan-African vocal specialist Dr. Fred Onovwerosuoke, cellist David Darling and his Music for People; and Sweet Honey in the Rock’s Dr. Ysaye Barnwell, all of whose pedagogy she incorporates into her own teaching. In addition to performing and recording, Witt is a masterful singing teacher, and has taught at festivals, arts camps, schools, and community gatherings around the United States.
Click here to view the Community-Based Events At-A-Glance